The tower has a view of the city center of Maaseik, the surrounding recreational domain, the Maas and the surrounding nature. The orientation is designed in such a way that each apartment enjoys a beautiful view and the necessary daylight. At the same time, the tower acts as a beacon from the city center of Maaseik as well as from the village of Roosteren, located in the Netherlands.

To achieve slenderness in the tower, the maximized volume is split into three parts. As a result, the verticality of the tower will be emphasized even more. The 3 volumes obtained are rotated to ensure that each apartment has an interesting orientation, both in terms of view and the incidence of daylight. The twist also means that the tower will be experienced as three fused towers.

The site will be set up as a public park. Functionally, the park is regarded as the link to the existing and future recreational opportunities in the vicinity (Herenlaak, Maas). 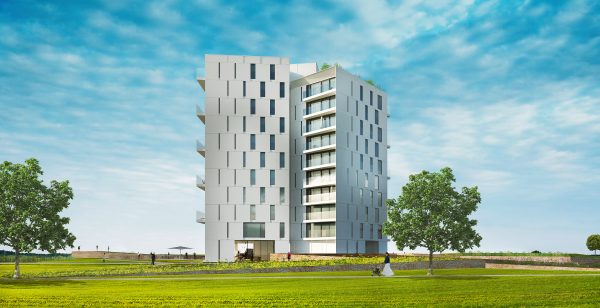 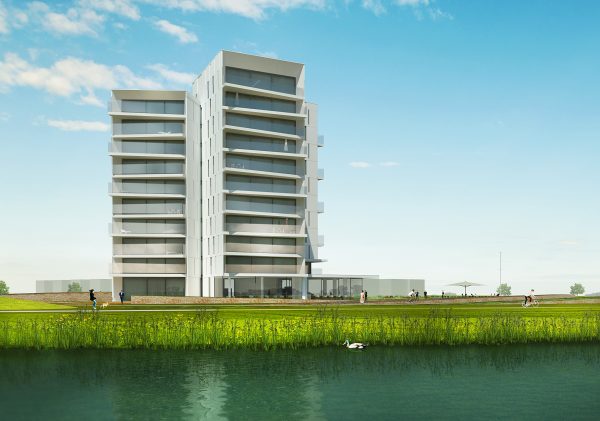 view to the Maas 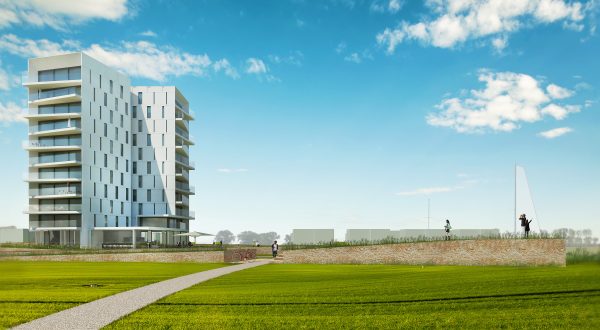 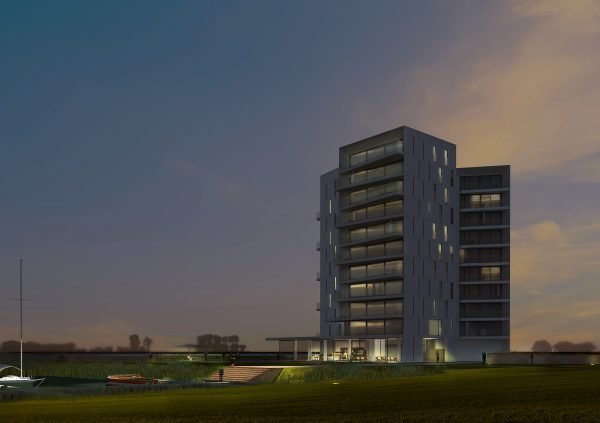 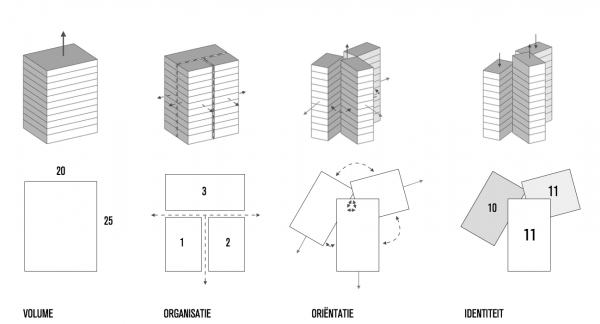 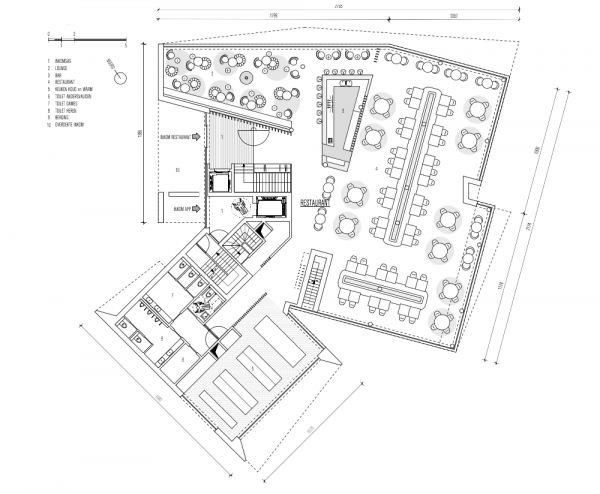 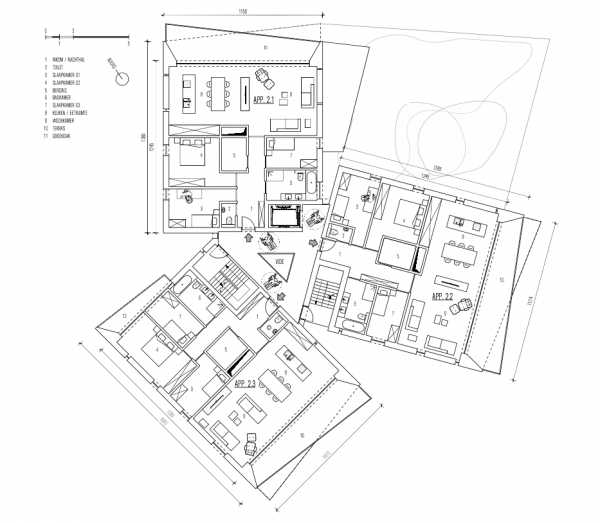